skip to main | skip to sidebar

The case against being taken for granted by Jordanian establishments (Third installment): LG dealer "New Vision"

under : The case against being taken for granted 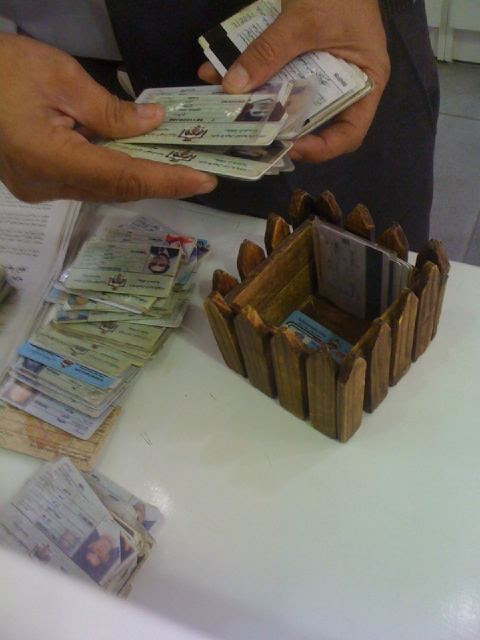 I was there when it started, and...

7 Years ago, I was a fresh engineering grad, one of my uncles was an investor in what was then the hottest talk-of-town new telecom venture; everything was hyped, from the uninspiring typical name it was given, the choice of technology it ran, to the "miracle" financing it secured and the tasteless celebrity who -dis- graced the launch party, the story of XPress telecom got far deeper concatenation with me beyond my family affiliation and employment in it and here are some excerpts.
It's worth noting that today; the company will be formally shutting down its regular service; shrinking back from its kingdome wide coverage to Amman & Aqaba and limiting its offering to its unique Push-to-talk (Walkie-talkie) service until further notice, but we'll come back to that later...
The uniqueness of my story stems from the various perspectives, exposures & involvements i had; i was a launch employee (launch ad here); my family was the major investor in it; my cousin (whom i look highly too) was its chief for the most part of its heydays and later I became a minority shareholder and found myself returning as a consultant helping in minding the shop; keeping the ship intact until a salvage was attained.
I'm not sure how articulate I can be in giving my account; but one thing i know for a fact that very few can appreciate the intimacy many of XPress employees had (and some still) years after they left the company; where they invested years of effort, dedication & hard work to make it a success story. Each of us have powerful memories, hopes & aspirations that was one way or another nurtured in XPress. In a sense, its far greater in magnitude than the loss of the shareholders investments & assets.
I for one was a field engineer at the time, relentlessly executing my duties (and overlapping with the duties of others to their discontent), the network which stood once at 160 sites (tower) strong; i knew them by heart beyond technical numbering and parameters; they had names, neighbors, they had stories & for the most part; I left a little of me in each and every bolt, knob, wire & equipment I was part of.
I vividly recall the ecstatic build-up towards the launch, the custom made handset gifted to his majesty, the very first call we made 4am in the morning; I have it captured on video; sneaking my name into a BS press release, last minute provision of coverage in Aqaba during the official launch ceremony after 36 hours of straight work; memories rushing at the rate 12 gigabytes a minute as i type... so you can imagine why things seems surreal today; as i use the network knowing that the last call might not be too far!
Its rather hard for everyone to appreciate or empathize with the sort of feelings that's going through me now, barely I am able to comprehend it, but no doubt its a mix; if not totally charged & volatile.
Years later and until few months back, i became the person I am; doing telecom consultancies and what have you; I looked back at the deteriorating situation of XPress and couldn't stand it; it took a triggering point and a help of a trustful friend to bold-up and approach the board of the company to help in whatever way possible to have a turnaround or at least allowing it to die gracefully like it started with dignity.
4 months i spent in this part-time assignment, I was in a unique position to retroactively witness how it came to this; stood over the ruins of a glorified past; a pile of dozens unused fleet cars; a pale headquarters that stood witness to the company's predicaments and a network (my true love affair) in dire situation were unthinkable sacrifices were made to keep the whole thing going... surviving one day at time!
Today; I find myself taking an active part in putting this child to a quasi rest; mostly in a graceful order but not without unnecessary bad-PR splashes; but it was far better than the inevitable nosedive crash that was around the corner, at least this is how i justify things reassuring myself...
It's not the end of the XPress story as yet; it may live to chirp off another day, until then it'll step aside into the shadows and hope for the best.
P.S: I post this as a "time capsule" for me; not the usual bulletproofed blog-worthy reading material, i post it unedited and in its original flow

The case against being take for granted series

Cordially syndicated on the following aggregators